My 2011 season came to a close with the completion of the Philly marathon. I didn't intend to do any marathons this year but somehow ended up signing up for both the Baltimore Marathon and Philadelphia marathon which are within a month of each other. I agreed to do the Philly Marathon so that my brother and I could race each other on a relatively flat course. The outcome of the race was not exactly how I wanted due to the lingering plantar fasciitis issues. In a nutshell, I felt great the first half of the race (1:41 half marathon split) but struggled through the second half when the planter fasciitis flared up (4:08 finish). Unfortunately, other circumstances at the marathon gave me perspective that there are more important things to dwell on than an undesirable race result. I originally wrote a detailed post with race preparation, nutrition, mile splits, heart rate charts, etc. I decided to scrap all of that this morning and do something different.


I'm sure at this point, most people know that two racers passed away at the Philadelphia Marathon. One was a 21-yr old student at UPenn, Jeffrey Lee. The other racer was Chris Gleason. This post is a bit bizarre in that I never met Chris but he was basically the template of what I what to strive to be in life. I've been reading a number of news articles covering the his passing away and all of them have the same theme, Chris was an intense competitor who received mutual joy from helping others succeed, he was a dedicated family man who made sure he balanced his career (lawyer) and training to have enough time to spend with his kids, and he left an impression on everyone he met. I think that is why this particular story struck such a chord with me because the way he lived his life is how I want to be able to live mine.

As you can see from the pictures below, the man was a bad ass. He completed multiple Ironman competitions (getting close to breaking 10-hrs at the last one in Lake Placid), finished a Half Ironman with a busted up knee that required 20+ stitches, and did a cyclecross race a week before the Philly Marathon. Then there's the other side of him, finishing a race hand in hand with his son. Chris is an example that not all heroes wear capes/masks or be on television. The triathlon community lost a tremendous person with Chris' passing.

His wife said it best:

"All I can think of is that God thought he was awesome, too, and he needed him. That's the only way I can explain this." 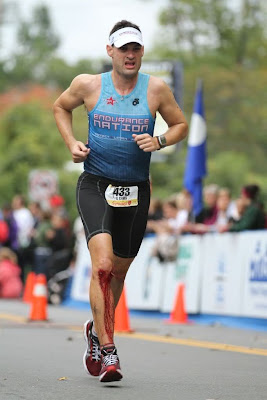 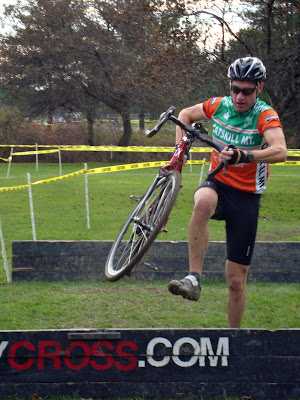 Cyclecross Race the weekend before the Philly Marathon 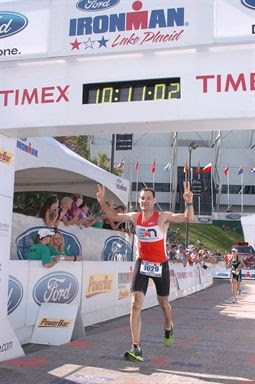 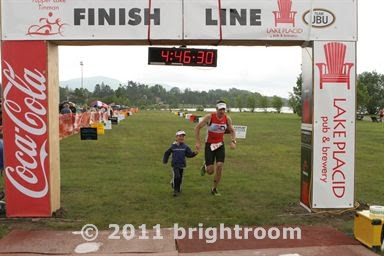 Finishing a race with his song by his side