Who's Coming With Me? My Race Schedule for 2012 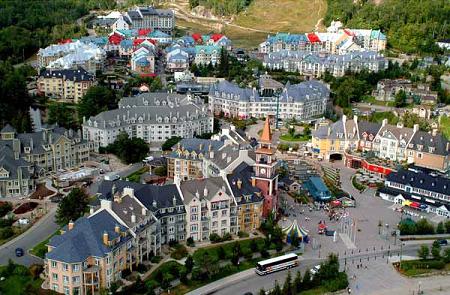 (The "village" in the center of Mont Tremblant)

The 2011 season is in the books and it looks like the major races planned for next year are already pretty much set. I have been planning my 2012 season over the past few weeks to get an idea of time commitments, vacation scheduling, and "life events". The other advantage of registering for the races ahead of time is that there is a clear goal to train towards. 2012 is shaping up to be a great year in terms of travel with races planned in New Orleans, Mont Tremblant (Quebec), Cambridge (Maryland), and Portland (Oregon).


In some cases, I'm almost forced to think about 2012 early because of how fast a race will sell out or significant early bird discounts. For example, I signed up for Ironman Mont Tremblant in July, a full 13 months before the race even happens and it is already sold out. The Eagleman 70.3 is also sold out. It is nuts how fast some of the Ironman-branded events sell out ahead of time but it makes sense because that kind of race isn't something you sign up for willy nilly.

My two "A" races for 2012 are Ironman Mont Tremblant and the Portland Marathon. After finishing Ironman Arizona in 2010, the goal is now to improve on time. Splitting out the legs, I'd like to do the 2.4 mile swim in 1:15, the 112 mile bike in under 6 hours, and do a 4-hour marathon. The goal is then to do IMMT in under 11:45 which would be a nice improvement over the 13:20 I had at IMAZ. The major challenge to prepare for is how hilly IMMT will be. In the winter, the place is a ski resort so the course won't be as favorable as IMAZ. On the bright side, the main area in Mont Tremblant (pictured above) is very much like an Olympic village so while I'm out there pounding the race, friends/family/spectators should have a great time partying it up. For Portland, the goal is definitely to go under 3:20. I was on pace and feeling great at the Philly Marathon until the Plantar Fasciitis kicked in and derailed everything. The main factor is how fast I can recover from the IMMT and start transitioning over to some marathon specific training. I think Portland will be a fantastic experience because I'll be going with a number of friends, I have family in Portland, and the city is always cool to visit overall.

Outside of the two "A" races, the other races will primarily be used as "training races" where I'm basically using them as workouts or to fine tune race day racing. The one stretch that raises my eyebrows a little are the first three races that are on consecutive weekends. It shouldn't be a big deal because the Out and Back Run is more of a fun race but I'm hoping I'm somewhat recovered from New Orleans 70.3 so I can try to go for a PR at the Broadstreet Run.

There are a few wildcard races that might pop up along the way. If I get into the NYC Marathon, I'll probably run it and there's also the idea of running the Philly Marathon again as a redemption race. We'll see how all that pans out as I make my way through the year.