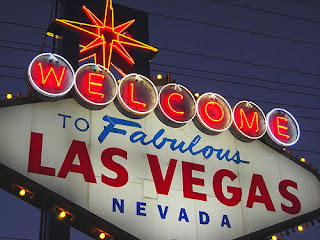 Last week I went to Las Vegas with a group of guys for our annual Vegas trip and being an active triathlete in training for a full distance Ironman race later this summer, one of my priorities was figuring out a way to fit in the workouts among all the fun and not trash by body too much and coming back with un-needed weight that I would have to spend extra time working back off. After all was said and done, I came back from Vegas to a pleasant surprise of actually losing nearly a pound and decreasing body fat % by another .1 %. The instant feedback from people that heard about this was a lot of disbelief and questions on how the hell that was possible. To be fair, I did go into the trip with the goal of losing weight upon returning so that did motivate a lot of my actions while in Vegas. Goals and execution are two distinct things though so here are the "Four Pillars" I followed and how I went about on the execution.


1. Very Minimal Carbs/No Wheat
Since the end of January, I've been on a very limited carbohydrate diet and especially excluding any foods with wheat grains if possible due to inspiration from the book Wheat Belly.  Despite the perception that Las Vegas is all junk food that you primarily eat when you have the drunk munchies or hung over, it was not difficult for me to stay on track with my normal eating habits. The only time I had any wheat during the trip was when we went to Fat Burger for dinner on Thursday night. Outside of that, I actually ate 16oz of steak every night with vegetables since it was relatively inexpensive (about $16 for a pound of steak, vegetables, and a salad) due to late night specials that kick in after 1am. Other times I ate were at the buffet where I had a variety of food to choose from and a stir fry place inside of the MGM. The only other carbs I had on the trip was getting a Steak Bowl at Chipotle with brown rice on Saturday night.

2. Hard Alcohol Only, No Beer
I'm not going to sugar-coat this one. If I'm spending a weekend in Vegas, I'm going to party hard and have a blast. This includes probably more excessive drinking than normal. As crazy as it sounds, I had a strategy going into Vegas to minimize the damage done by drinking to both body weight and overall health. I'll detail the overall health aspect later but from a weight perspective, I knew I would have to guzzle a lot more beers than liquor to get my swerve on. Lots of beer = lots of junk carbs. With that in mind, I made a conscience decision to only drink hard alcohol. The preferable drink was Tequila on the Rocks when I was out at the bars. Inside the casinos, I primarily drank club soda and Vodka. If you can tolerate it, drinking any hard liquor on the rocks in my mind is an easy way to pace drinking as it is pretty hard to chug something like tequila.

3. Exercise
While I was out in Vegas, I made it a point to exercise at the beginning of each day if possible ("beginning" is a relative term as it could've been 8am or Noon). This is obviously an "exercise" (pun intended) in prioritizing. In the grand scheme of things, my trip wasn't any less enjoyable by not starting to gamble/drink as soon as I woke up. There would be tons of time for that later on. I was able to get in 3 workouts out of the 4 days I was there:

Thursday: We got in Wednesday night after a long cross-continent flight so I opted to just sleep Wednesday night and get up early Thursday to get my longest run of the weekend in since I knew that sleep/energy would decrease with each day into the trip. Ran 10 miles and did a core workout afterwards.
Friday: Biked 45 minutes on a recubant bike and ran 2 miles. Did some upper body lifting afterwards
Saturday: No workout since we went to bed at 8am and got up at noon to make the champagne buffet at The Mirage
Sunday: Went to bed at 4:30am and got up at 8:30am to get in an easy hour run which worked out to about 7.5 miles. My strategy/workout guideline on any trip where there is a flight more than two hours is to make sure I get a workout in prior no matter what time it is/how much sleep because you can always get sleep on the plane to make up for it, especially if you are flying across the country.

Overall, I netted 19.5 miles running, about 12 miles biking, and two strength workouts while in Vegas on top of all the other activities.

4. 4-Hour Body PAGG Stack+Cissus
This was the big wildcard of the trip and may raise eyebrows since we are going into supplementation territory. I'm a huge fan of many of the concepts in the book "The 4-Hour Body: An Uncommon Guide to Rapid Fat-Loss, Incredible Sex, and Becoming Superhuman

" by Tim Ferriss. The overall  basis of the book are different concepts/processes/regimens in accelerating common health goals like losing weight, putting on muscle, better sex, etc. One of the concepts is a supplementation regimen that helps to burn off excess body fat. This regimen consits of Policosanol, Alpha Lipoic Acid, Green Tea Extrace, and Garlic Extrace (hence PAGG). I tried to follow this as best I could but the overall schedule looked like this:

I'm not sure if the PAGG stack truly trims weight but it is relatively inexpensive to try compared to other weight loss supplements and there are no side effects. Definitely check out the book or google PAGG stack if you want to learn more.

The other supplement I brought with me was Cissus Quadrangularis (CQ). On page 110 of The 4-Hour Body, Tim Ferriss details how CQ maybe an effective way to minimize un-wanted fat gain while overfeeding. His personal anecdote was how he took CQ while traveling in China and eating tons of rice and sit down meals 3-5 times a day yet he retained his lean body mass and abs. I brought along the CQ but was not consistent with taking it before meals so its debatable whether or not it really helped.

So there you have it, the four main things I followed while I was in Vegas that caused me to lose almost a pound of body weight and decrease body fat %. Obviously, I'm not saying what I did will work for you but at least it provides some insight into my train of thought in minimizing the damage while on a binge weekend having some fun.
Posted by Unknown at 10:19 AM